Long before Santa Claus flew through the sky in his shiny sleigh and eight wondrous reindeer it was a woman who flew on her broom, entering houses through chimneys to leave special goodies in the children's stockings.


A chimney was her only access, as all the houses were long houses of just think walls; no windows; no doors. Entry was made by climbing a ladder and entering the home through the roof. Then, to keep the inhabitants safe, the ladder was drawn up.

She is a loving woman. She is a good woman.

She has a broom.

We turned her image into a sinister icon...oh no.....a woman on a broom. Run, hide or burn her.

But it was a cool idea about delivering gifts to good little boys and girls. Of course, the flying part is going to have to stay because how else can all the children be reached in one evening?

Both links on images can take you to the story of La Befana. They both tell it better than I can.

Sitting on the sofa yesterday, admiring my guys, it dawned on me...Where was La Befana? How could I not have at least one beautiful, glorious flying woman on her magic broom and bag full of toys for the precious children? 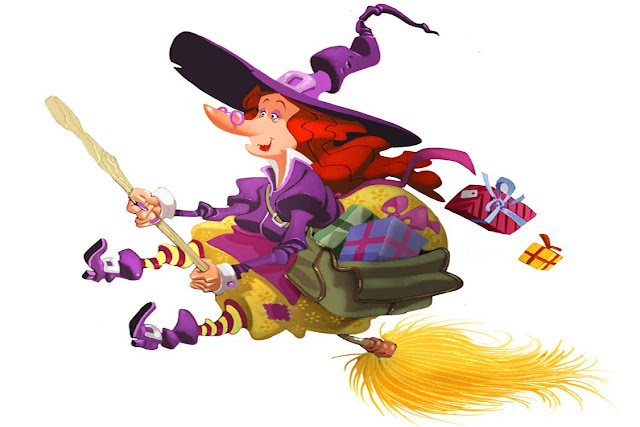 So, on Christmas Eve don't forget to hang the stockings, leave milk and cookies for Santa and cheesecake and a glass of Cianti for La Befana! 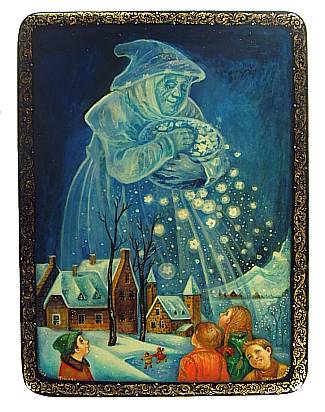