Question Of The Month 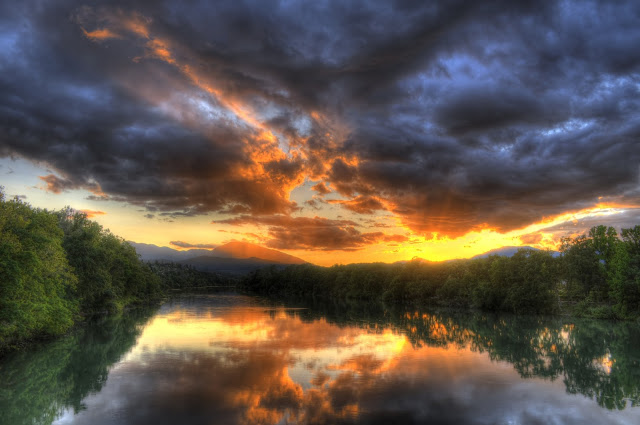 What a crazy two months have just flown by. There hasn't been time to just sit and think, sit and be still or, frankly, just sit.

Today I am calling a personal time out. It is Michael D'Agostino's Question of the Month time. I've locked my bedroom door, turned off my cell's ringer and have turned the Mumford Brothers on Pandora really, really loud.

It is even an inquiry whose response can be changed by me three minutes after I have posted it, if I care to. Yup, though I can (almost) guarantee you that it won't change.

For Michael at A Life Examined, I thank you for the respite and the question:

“Of all the places in the world that you haven’t yet been to, where would you like to go next?”

Having either lived in or traveled to 37 states and 3 countries, I realize that there is still so much world to see. Spain, Portugal, New Zealand, Italy, Costa Rica...even the moon, the list seems endless.

I want to see them all. Not so crazy about landing ON the moon but sailing through outer space and watching a sunrise or sunset over the big blue marble in the sky would turn me on more than cheesecake.

In this moment, though, at this stage of my life, my dream destination would be a nice cabin in the woods, miles and miles and miles away from towns, freeways, cellular reception and (not that there's anything wrong with them) people! Of course, you know that means no television. I will bring a couple of CD's if I need music other than the wind in the trees, the flowing of the river and an occasional call of a hawk or an eagle.

Maybe a nice single story house with a view of the pine trees, a river, the ridges across the river. Montana would be good, even Kentucky or those little tiny hills they call mountains in West Virginia.

When I said 'no people' I did not include my handsome husband. It would be wonderful, if after 3 days or so, he would come join me. I would probably need more wine by then and a little wedge of cheesecake!