Jacks or Better to Open 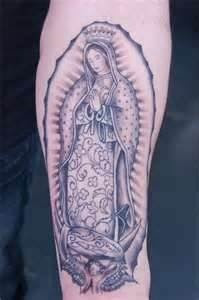 Great-grandma Daisy is on my mind this morning. Her name was actually Desideria (I believe). She was born in the late 1800's.

She was 4'11 but with a personality bigger than the Colorado Rockies.

She was the first woman I had ever seen with a tattoo and it seemed almost as big as her. Our Lady of Guadalupe was tattooed on the inside of her forearm, from wrist to elbow blend.

Our Lady of Guadalupe? You might think she was a prim and proper, saintly type of person. You would be wrong.

Great-grandma was a bootlegger. Made the best 'shine this side of the Mississippi. She carried a little pistol in her garter belt when dressed up but typically just carried it in a secret pocket in her long bloomers.

She and great grandpa built their own sod house in Chaperito, New Mexico, he in pants, she in long skirt and slips! At one point during the build she felt some tickling and itching on her belly. She discovered a six inch centipede inside her bloomers. Makes me wonder how many times she shot the poor bastard or did she just make it one clean shot and get back to work?

My great-grandfather was a shepherd, so spent many nights out in the pastures and mountains guarding the sheep from wolves, coyotes and Apaches. Daisy would sleep just inside the door of their sod house sitting in a rocking chair with a shotgun across her lap as her children behind her.

Where other women of the age would gently drink their tea or sherry, Daisy would toss a shot of whiskey back and call out, 'anti up' as she dealt another hand of 5 card stud, jacks or better to open. Better be at your best playing cards with her. She was good. 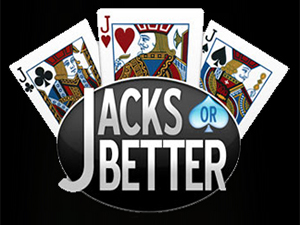 While in her 90's she went to the beach with us kids. My brother, sister and I were teenagers at the time. Our tiny great-grandmother donned a pair of black high top sneakers and played in the surf, following along, jumping from rock to rock.

I remember one wedding of a cousin in which my out-spoken great-grandmother was not particularly fond of the bride or her family. (Did I tell you, Daisy had a pretty outstanding left hook?) Seems there were some words shared, then a couple of punches and the majority of the wedding guests ended up in a paddy wagon for a free trip to the jail house. Great-grandma was proud as punch (pun intended) to be sitting with her sons and nephews as the instigator of the semi-riot. I often wondered if there was a debate whether to leave her to stew in jail overnight or bail her out and get back to the wedding to finish business!

While traveling the land of blogs this morning, I happened upon a wonderful blog about a variety of topics. One of the topics was about women who stepped out of the box ( or closet) in the 50's and started the tattooed women trend. Daisy had 50 years on those chicks. Thank you for your inspiration this morning, blogger. I'll try to back-track and thank you in person. I love your blog.

p.s. Great-grandpa was 6'5" compared to her tiny little frame. He woke up every morning and made her a cup of coffee and served it to her in bed while they discussed the coming days events and tasks. Through "the grapevine" I have heard that they were intimately active until his passing in his late 70's. GGMa lived well into her 90's, maybe even early hundreds...there were several years she lied about her age and we all knew better than to correct her!